When California voters passed 1996’s Prop 215 that legalized medical marijuana in the Golden State, it was an inside joke among canna-consumers that the easiest way to get a medical marijuana card – in California’s loose and easy regulatory environment – was to tell your doctor you had glaucoma. It was so prevalent we still see references to it in movies and pop culture to this day.

And consumers were onto something. Studies conducted in the 1970s and 1980s showed that the intoxicating and euphoric cannabis compound THC does more to eyes than make eyes red, and can in fact relieve glaucoma for a few hours at a time. Researchers also found that THC worked as well as any FDA-approved medication for the condition. However, there are a few caveats in using cannabis as the sole treatment for glaucoma.

Glaucoma is a progressive eye disease that damages the optic nerve and can cause irreversible loss of vision. In fact, it is a leading cause of blindness, second only to cataracts. Affecting about three million Americans, glaucoma is characterized by elevated pressure within the eye called intraocular pressure or IOP.

Adults over the age of 40 are most likely to get glaucoma, and the condition is more likely to strike those who are of African-American, Hispanic, Irish, Russian, Inuit, Japanese, or Scandinavian descent. Other risk factors for glaucoma include previous eye trauma, diabetes, a family history of glaucoma, and those who take steroid medications.

Eyes are essentially closed balls filled with a clear jelly-like fluid that keeps eyes inflated, much like a balloon. And IOP is measured much like you would judge the pressure of a balloon: when the balloon is soft, there is less pressure, then more pressure when the balloon is taut. When there is too much pressure in the eye – or when the “balloon” would be stretched tight, this pressure can damage the eye and eventually cause blindness if untreated.

Studies from the National Eye Institute found that when subjects consumed about 18-20 mg of THC, IOP was lowered by 3-5 mm Hg for approximately 3-4 hours. This is seemingly good news, but in order to keep vision loss at bay, IOP must be lowered on a 24-hour basis. Researchers evaluated several administrative methods that would lower IOP, like THC eye drops (THC can’t be administered in water, and oil-based drops caused major eye irritation), synthetic THC taken in pill form, intravenous injections, and inhaled cannabis. All of these methods (with the exception of the eye drops) were found to lower IOP for 3-4 hours.

However, for glaucoma patients to effectively keep IOP down on a consistent basis, thus, to treat glaucoma with cannabis they would have to consume that 18 – 20 mg of THC around the clock, or six to eight times every day. Which basically means that you would be a bit stoned all day, every day. 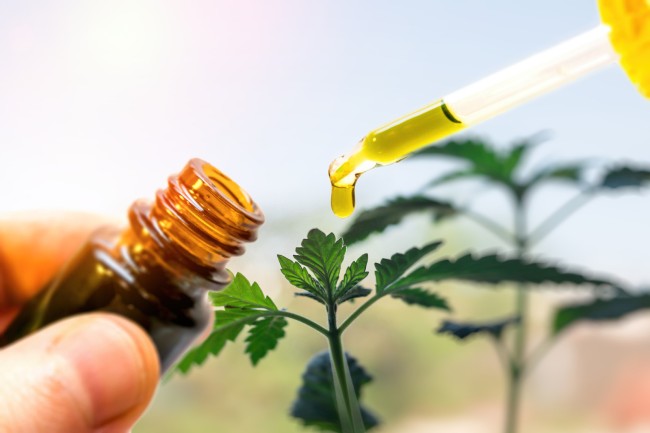 Someone who wishes to keep their glaucoma under control with cannabis will have to be consistently consuming in order to be effective. photo credit

For some, that might sound like a perfect setup! But in addition to euphoria and ameliorative effects, THC does come with its share of side-effects, like dry mouth and paranoia, tachycardia (high heart rate), and decreased blood pressure. And many ophthalmologists note cannabis’s ability to decrease blood pressure does cause some concern for ophthalmologists because glaucoma is a condition characterized by IOP imbalance.

For those with jobs operating heavy machinery or driving, using cannabis to keep IOP down is probably not an option. Another complicating factor is the advanced age of most glaucoma patients, many of whom may find THC’s side-effects, like a racing heart and anxiety, or excessive sleepiness, difficult to tolerate. And to add one more caveat to the mix, consuming cannabis six to eight times a day could be cost-prohibitive for many glaucoma patients.

Researchers also looked into whether the non-intoxicating CBD could be as effective for glaucoma as THC, but they quickly found that instead of lowering IOP, eye drops containing CBD raised IOP quite a bit, by about 18 percent.

One biopharmaceutical company, Emerald Bioscience, is working to develop a cannabinoid-based therapy to treat glaucoma. However, until that cannabinoid-based solution enters the marketplace, consumers can take away a few things about cannabis and glaucoma: 1) THC does lower IOP for 3-4 hours at a time 2) In order to keep IOP lowered consistently (and avoid blindness) cannabis medicine has to be administered around the clock 3) Your vision is invaluable. As always, this should not be taken as medical advice, so be sure to keep your ophthalmologist in the know about consuming cannabis for glaucoma.

Is cannabis useful in fighting glaucoma? Weigh in in the comments!

Does It Get You Higher? | PotGuide.com

Will Delta-10 THC Show Up on a Drug Test? | PotGuide.com

How to Avoid Dry Mouth | PotGuide.com

The ABC of CBD – Tim Henley, Education Before Access

Trichomes: Why Does Cannabis Produce Cannabinoids?

A Quick Guide to Navigating Your Munchies

Interview #25: Cannabis, CBD and THC – What You Should…

A New Haven for Workers Amidst the Pandemic